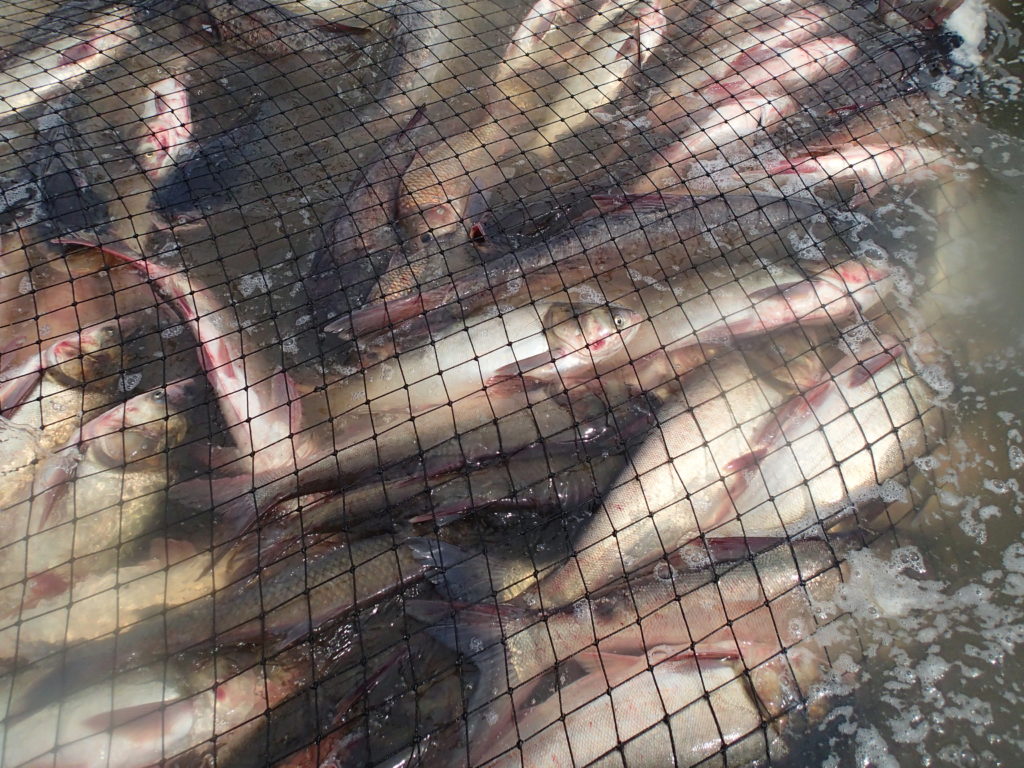 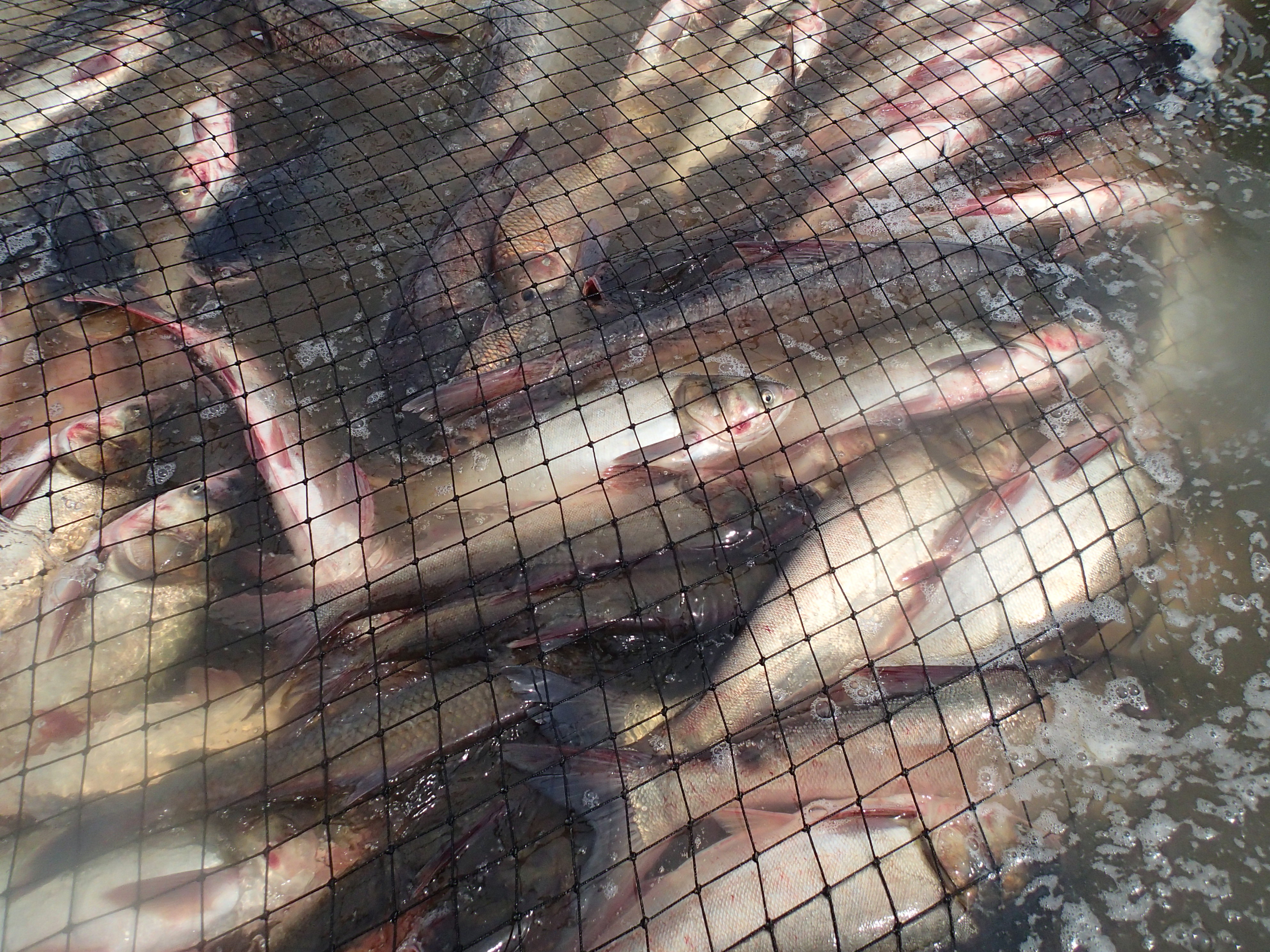 I’m sure you’ve all heard about Asian Carp, but for those of you who haven’t, a brief history is in order. Asian Carp were raised in aquaponic farms in the southeastern United States starting in the 1970’s. In the 1990’s, the carp were accidentally introduced into the Mississippi River basin due to flooding. Asian Carp are a problem because they can grow up to 100 lbs. and eat more 40 percent of their body weight daily, so they easily outcompete native species for food and habitat. They also can spawn multiple times a year, which only allows them to outcompete native species faster. Asian Carp also tend to jump out of the water when disturbed, usually by motor boats, which can cause injury to people in boats in carp infested waters.

The first week of August this year the Michigan Department of Natural Resources sent staff from the Fisheries Division to Chicago to help the Illinois DNR with an ongoing Asian Carp removal project.

A major part of this project is preventing Asian Carp from entering the great lakes via the Chicago waterway. Michigan DNR, Illinois DNR, and commercial fisherman all took part in capturing and removing carp from the Illinois River, south of Chicago. Asian Carp are not yet in the great lakes or other Michigan waters, but with the threatened invasion Michigan DNR fisheries staff were there for training that may come in use for potential response efforts. All fish removed were processed and made into fertilizer, and the means of removal were gillnetting, seining, and electrofishing.

The week after the exercise in Illinois, Tammy Newcomb, DNR Senior Water Policy Advisor, said this, “Opportunities like the one we participated in last week are critical to maintaining regional collaboration and helping to reduce the Asian carp population that’s currently threatening the Great Lakes. The efforts provide valuable opportunities to help us address any Asian carp issues that threaten our state’s waters while we work toward additional preventative solutions in Illinois.”

In addressing the Asian Carp issue in Michigan, eleven Michigan staff members spent several days doing this training exercise, as well as training of a similar concept done in 2014. The MDNR is and has been coordinating and participating in other management and training exercises as a way of preparing for and implementing some of Michigan’s Asian Carp Management Plan. These exercises include a field exercise on the St. Joseph River in 2013 as well as a combined effort with the Ohio DNR on Lake Erie in 2014. 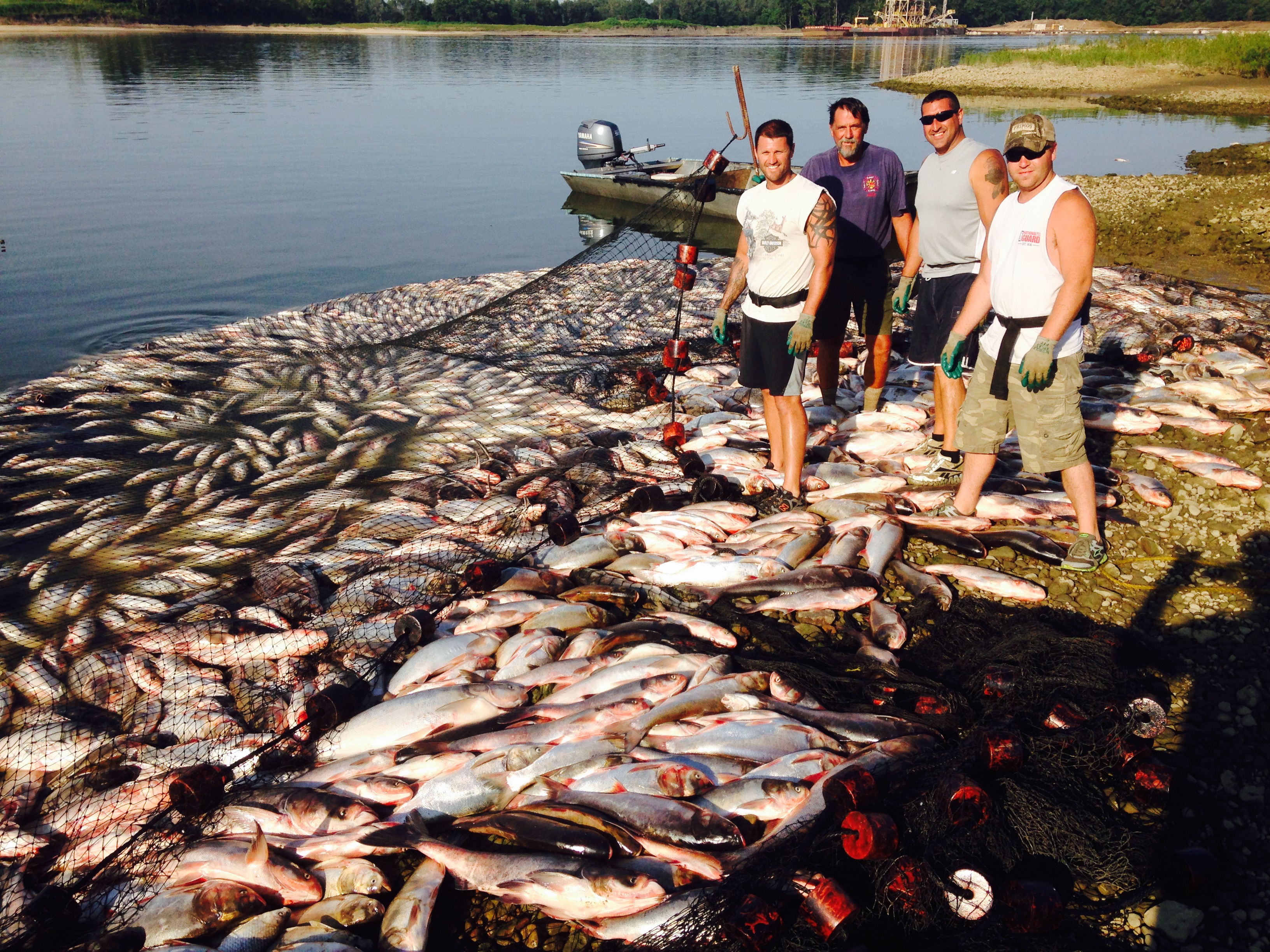 There is also video footage documenting this exercise: