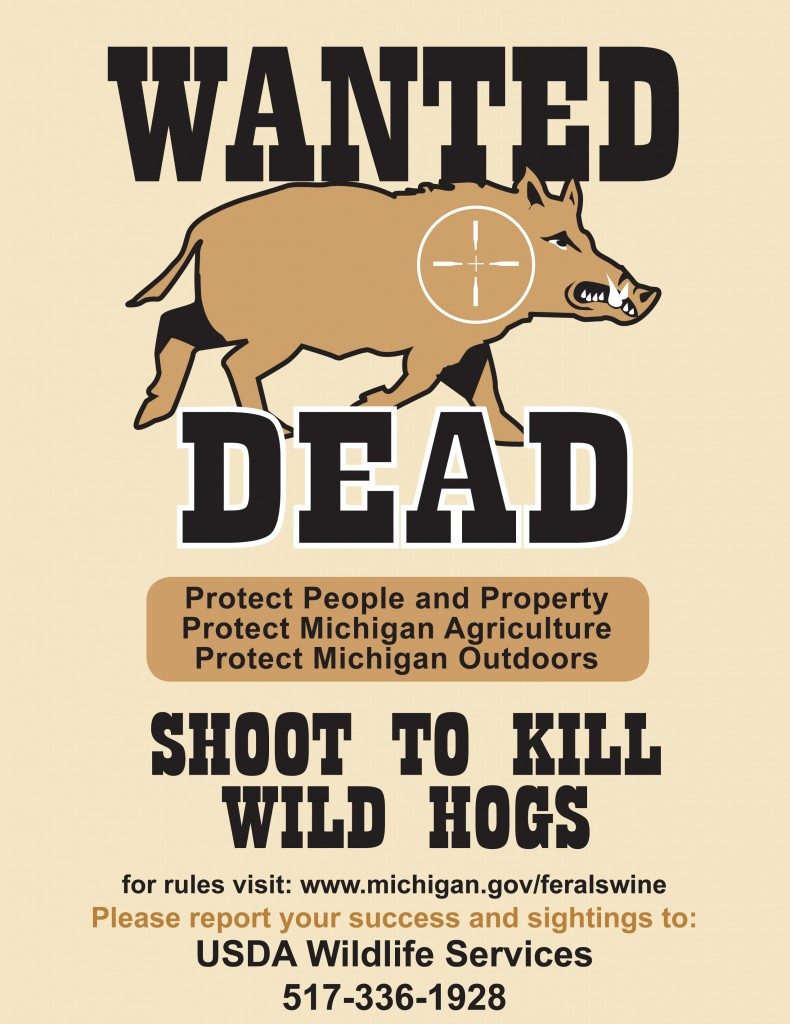 The public is invited to provide input on the draft Michigan’s Terrestrial Invasive Species State Management Plan through June 24, 2016. Covered under this plan is any terrestrial species that is non-native to the ecosystem under consideration and whose introduction causes or is likely to cause economic or environmental harm or harm to human health. 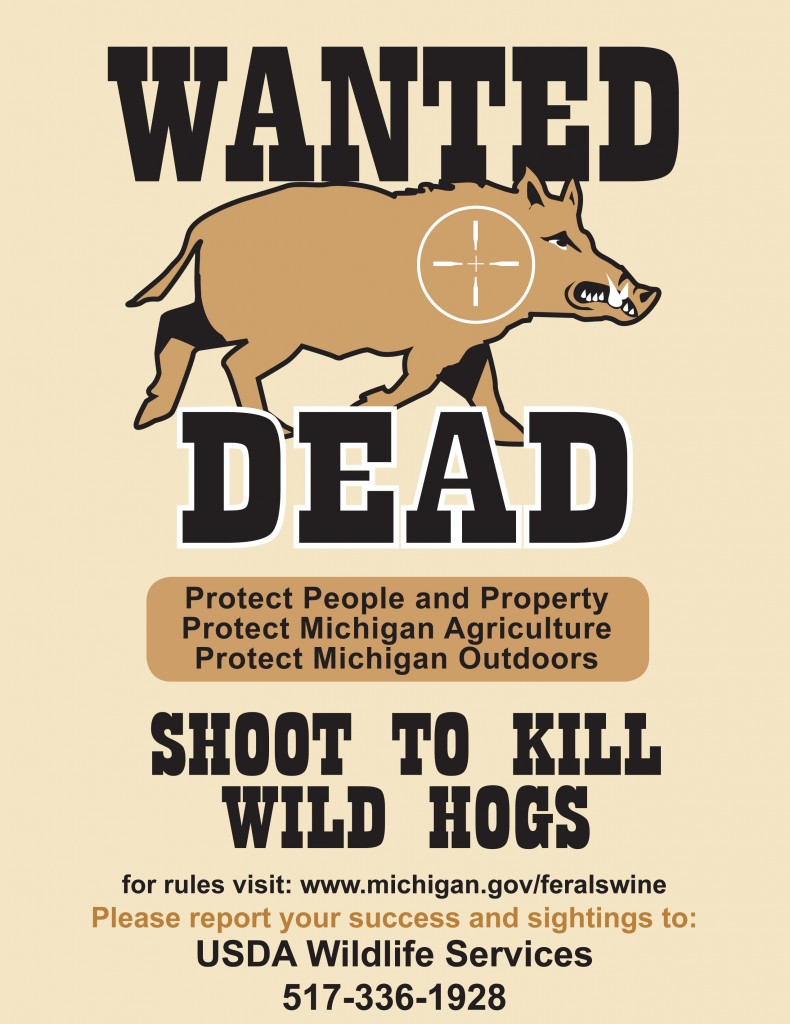 Feral swine are prime examples of an invasive species that would be covered by this management plan. They are a serious problem as they can host many parasites and diseases that threaten humans, domestic livestock and wildlife. They also cause extensive damage to wildlife habitat, forests, agricultural lands and Michigan’s water resources.

Thirty years ago, there were no feral swine sightings reported in Michigan. By the end of 2011, more than 340 feral swine had been spotted in 72 of Michigan’s 83 counties, and 286 have been reported killed. Based on their prolific breeding practices, it is estimated that feral swine in Michigan currently could number between 1,000 and 3,000.

A management plan will help ensure that the feral swine population is kept under control, and keep the creatures from doing irreparable harm to Michigan’s natural resources.

Currently, any person with a concealed pistol permit (CPL) or valid hunting license may shoot the animals on sight if they are on public land, or on private land if permission is given beforehand. Landowners, even those without a CPL or hunting license, may kill feral swine on their own property.

The State Management plan is available for review online at www.michigan.gov/invasivespecies. Written comments should be submitted by June 24, 2016 to Ryan Wheeler, DNR-Wildlife and Forest Resources Divisions,   P. O. Box 30444, Lansing, MI 48909-7944 or via email to wheelerr5@michigan.gov with “TIS SMP” in the subject line.