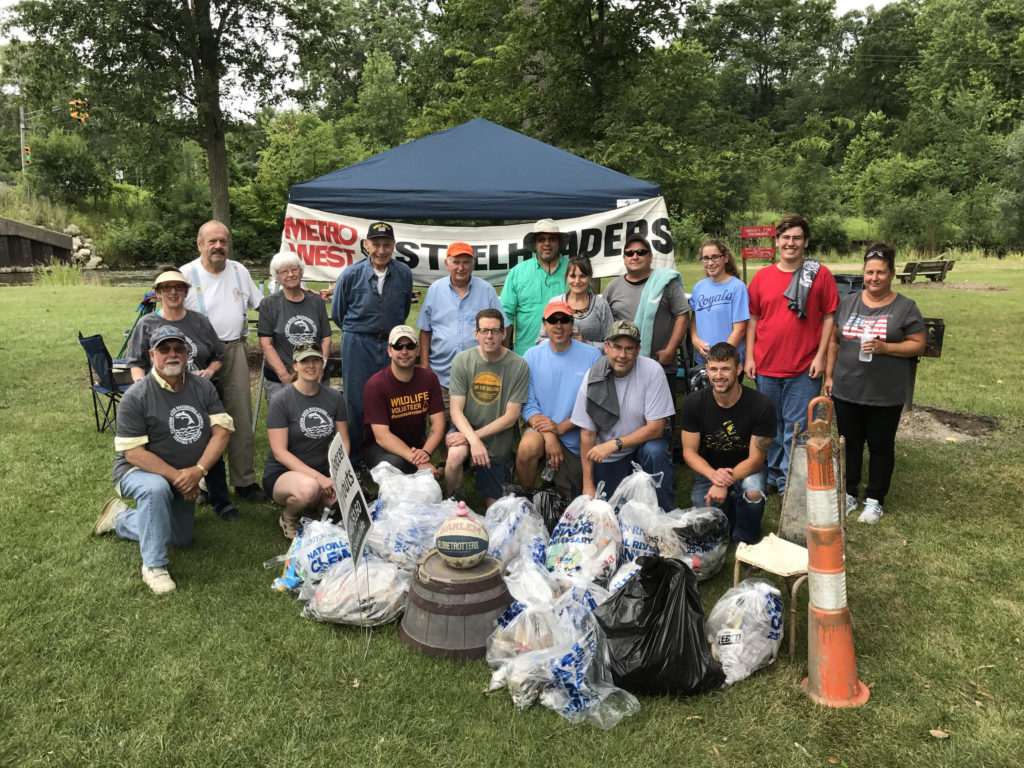 Over the past two weekends, volunteers with MUCC’s On the Ground program and the Metro-West Steelheaders participated in two river clean-up events. Last weekend, a total of 63 volunteers participated in the 3rd Annual Manistee River Clean-up to improve fish habitat and spawning areas from Tippy Dam to Rainbow Bend. This past Saturday, a total of 20 volunteers partnered with the Metro-West Steelheaders for the fourth consecutive year to clean up a popular stretch of the Clinton River near Yates Park and removed 200 lbs of trash and debris! Collectively, volunteers have removed over 2,200 lbs of trash and debris from both the Manistee and the Clinton Rivers through these clean-up events. 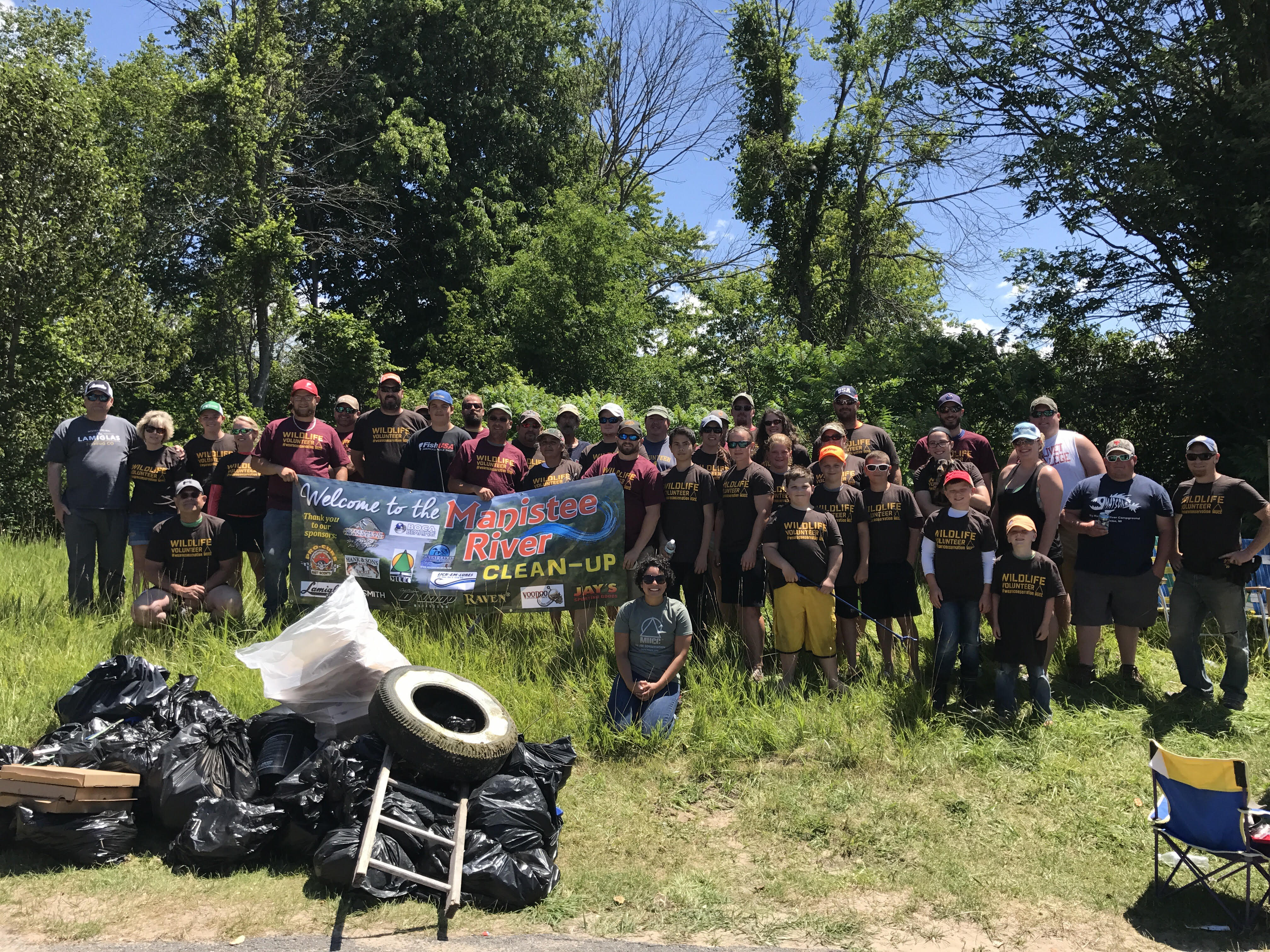 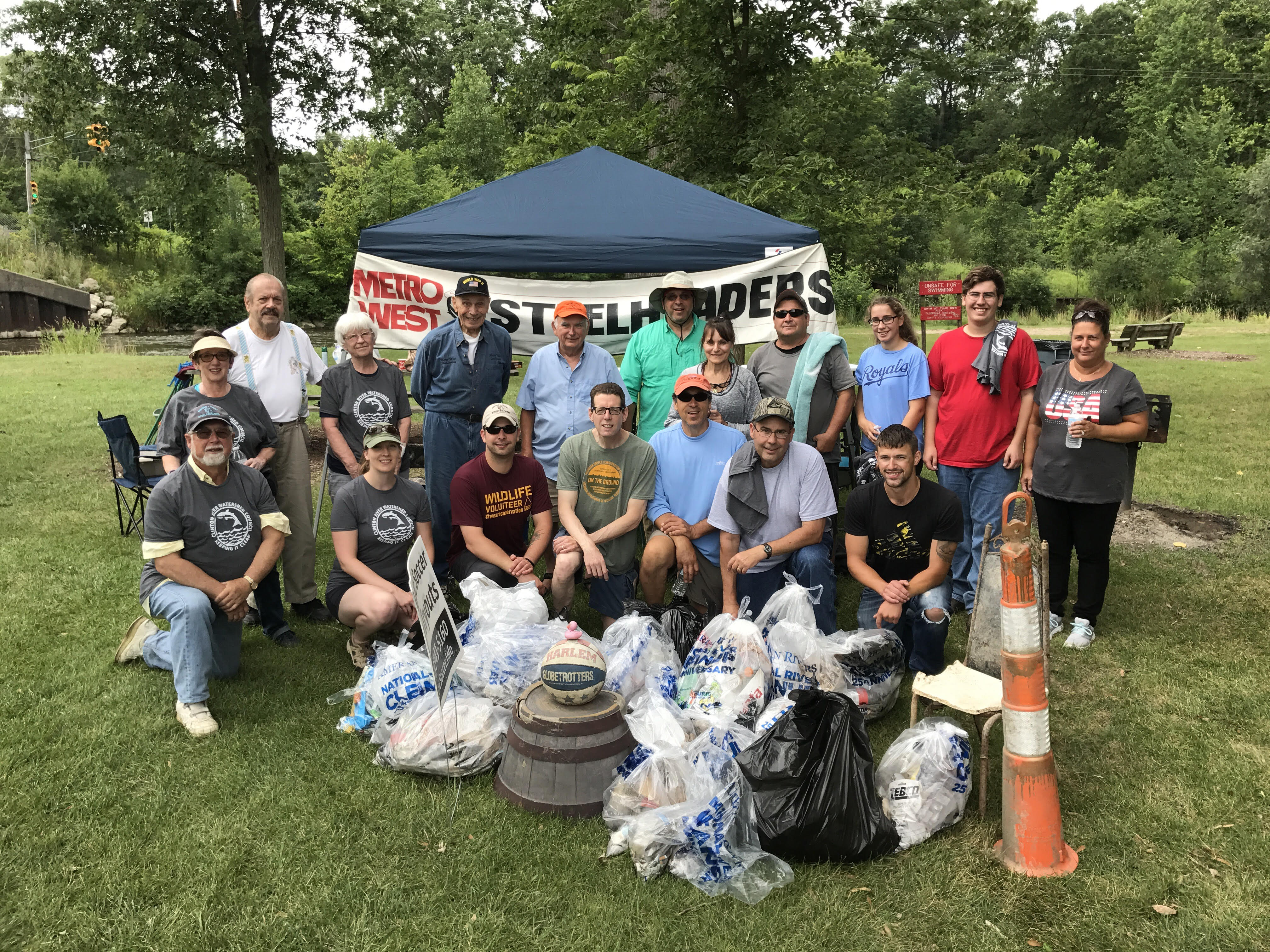 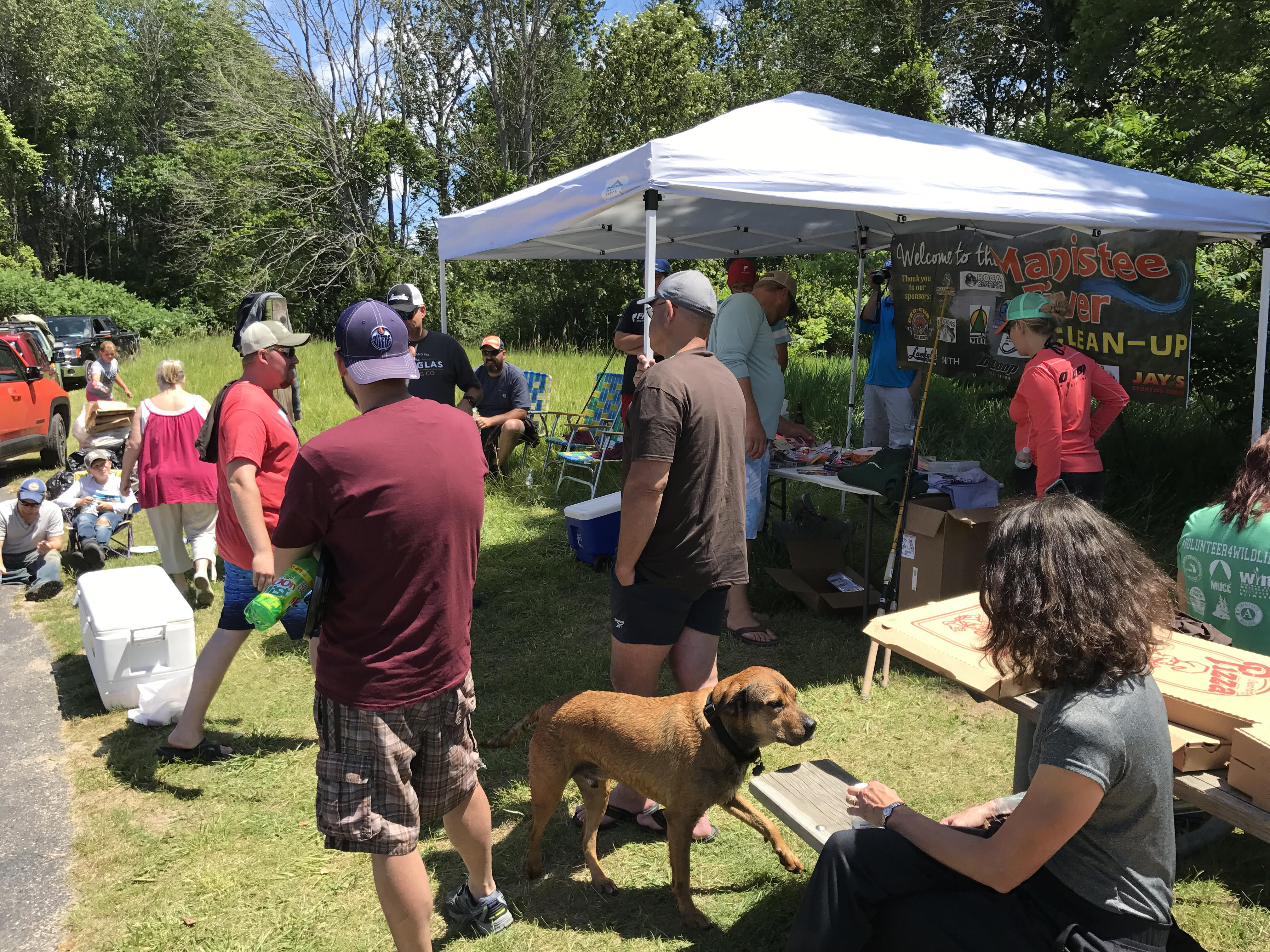 We partnered with Roger Hinchcliff of Steelhead Manifesto and the Metro-West Steelheaders for the 3rd Annual Manistee River Clean-Up event. Many of the volunteers were local to the area and enjoy fishing the Manistee River or just floating the steady current to enjoy the scenery. This year, staff members from the districts US Forest Service participated in the event including District Ranger Matt McQueen and his family. MUCC’s Project Manager, Stephanie Rustem, volunteered to help clean up the river and attended her first OTG event. Each of the dedicated volunteers earned some very generous prizes as donations from local companies like Lamigals Rods, Smith Optics, Hank & Son’s Tackle, D-Loop Outfitters, Auto Value, Voodoo, Raven Tackle, Lick’em Lures, and much more! 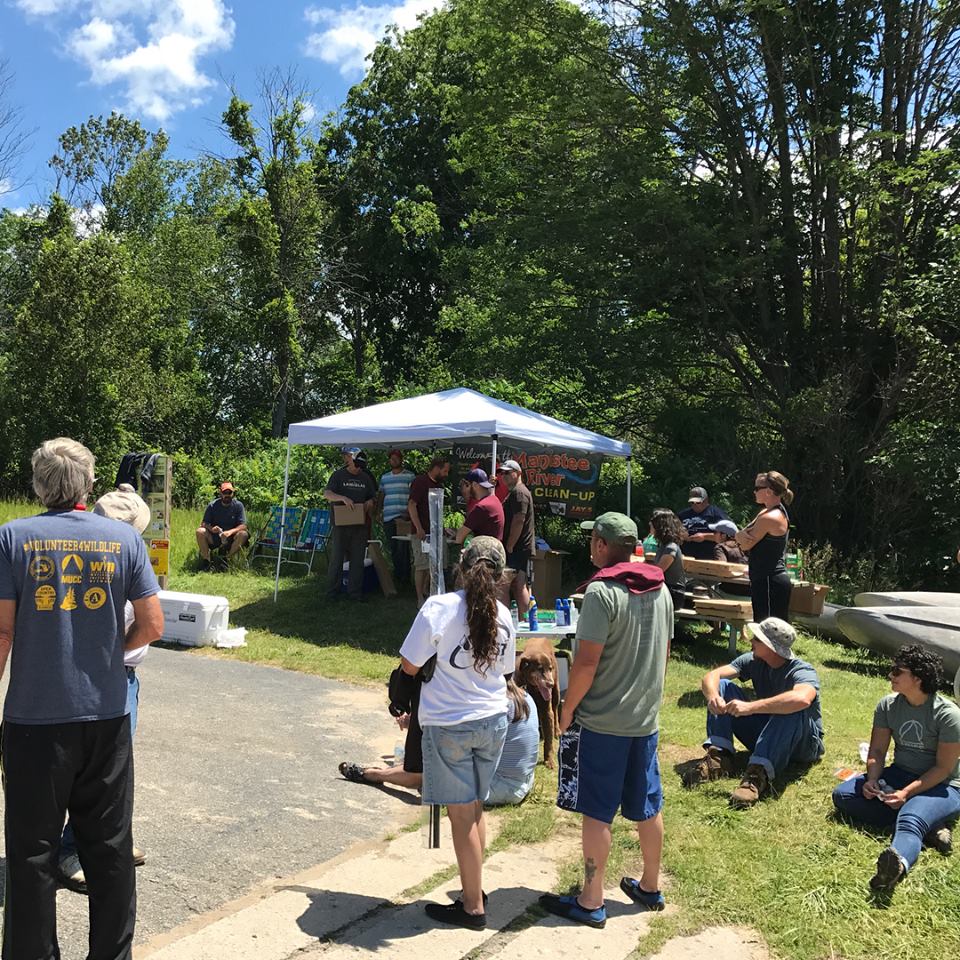 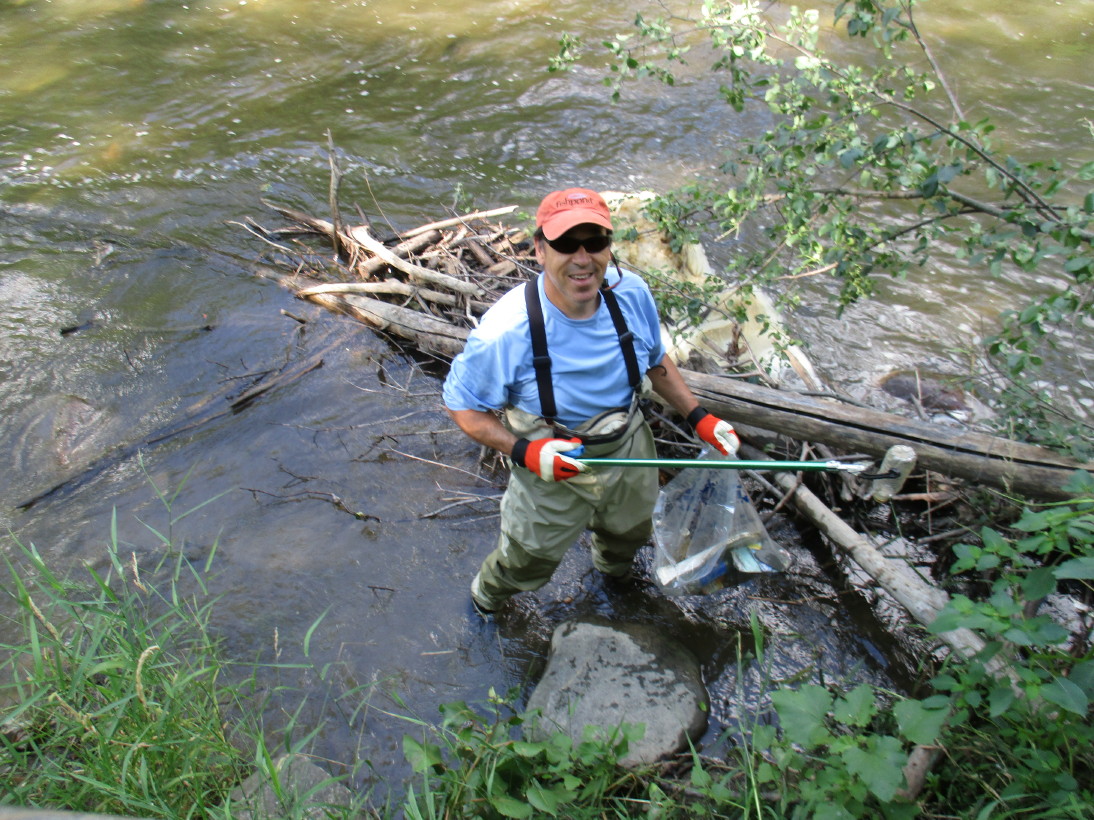 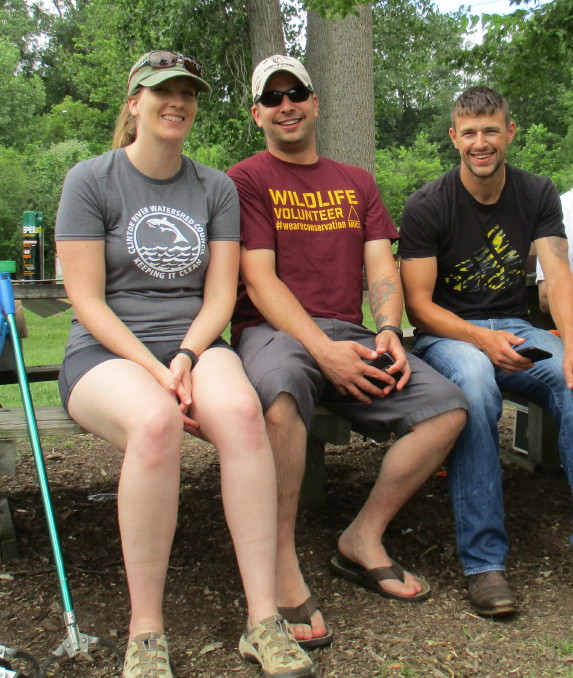 We partnered with Adam Trenz of the Metro-West Steelheaders (MWS) and Matt Einheuser with the Clinton River Watershed Council for the 4th consecutive year to clean up a section of the Clinton River at Yates Park. Many of the volunteers were local to the region and members of the MWS including Phil and Karen Bustos, Jeffrey Bustos, Jordan Pontoni, Henry and Nancy Nabors and others looking to clean up the river they enjoy. We were also joined by Johann and Marianne Krenzer, members of the MUCC affiliate German-American Marksmanship Club. Don Scher and his family made the most of their Saturday by volunteering at the event as well. Next year, the event may be hosted at a different access point within the Clinton River Watershed. 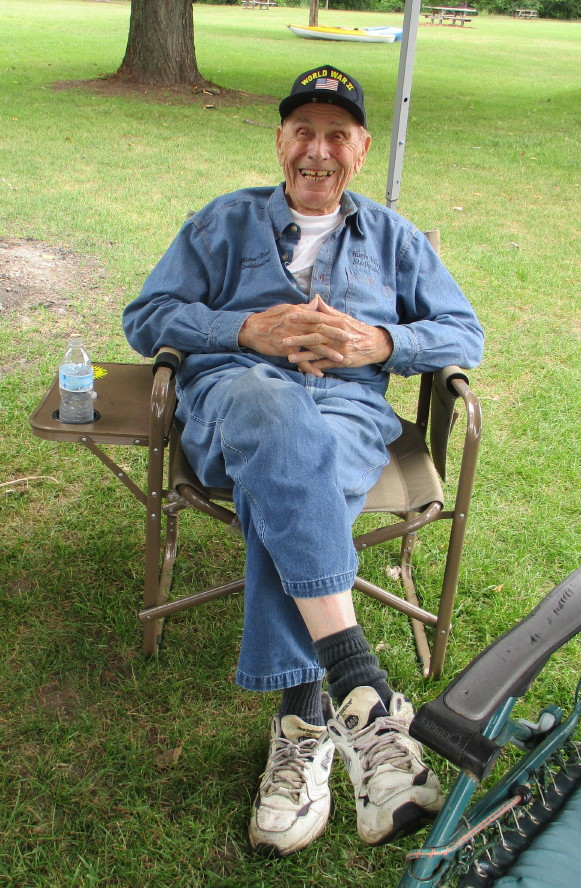 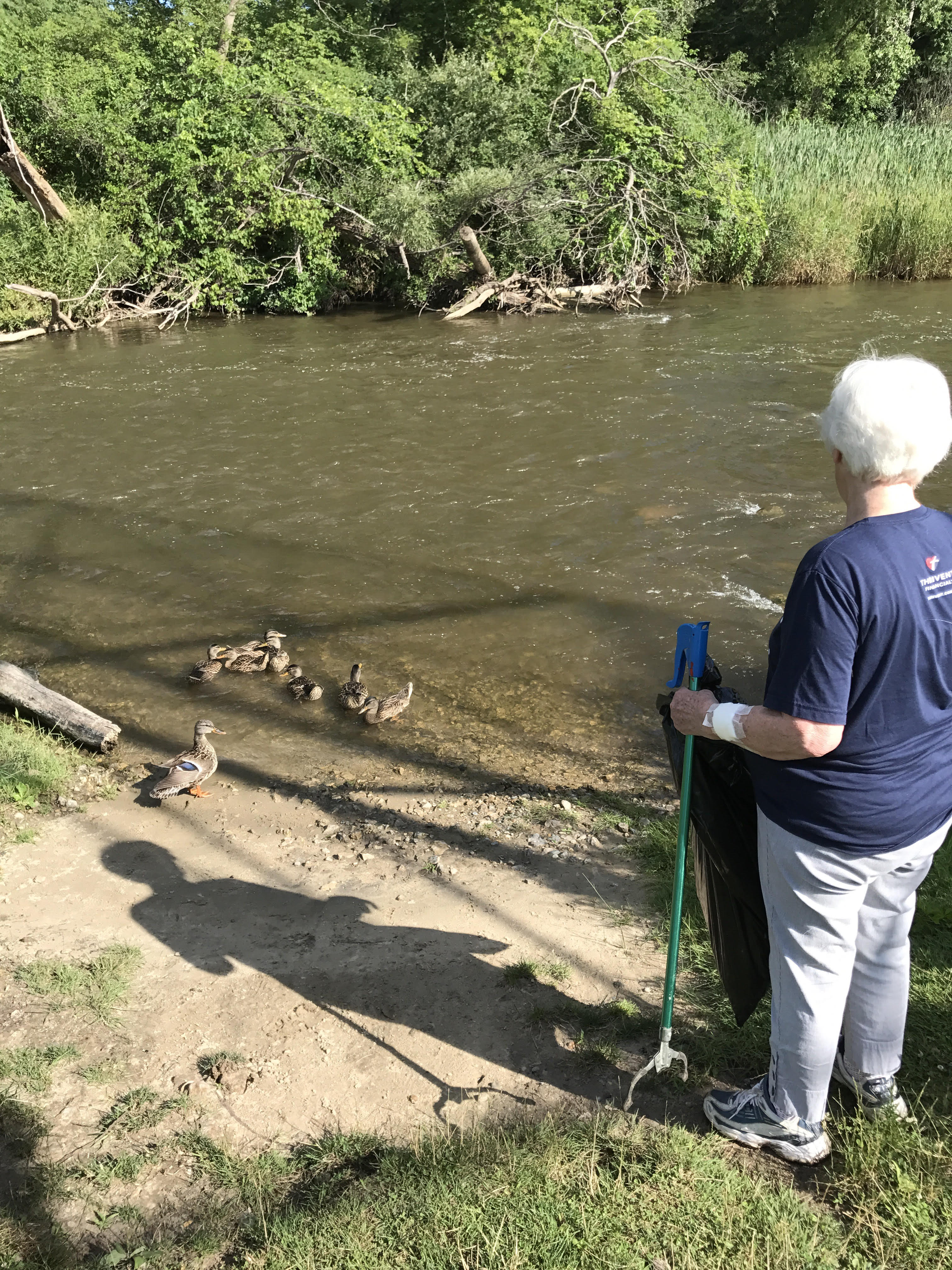 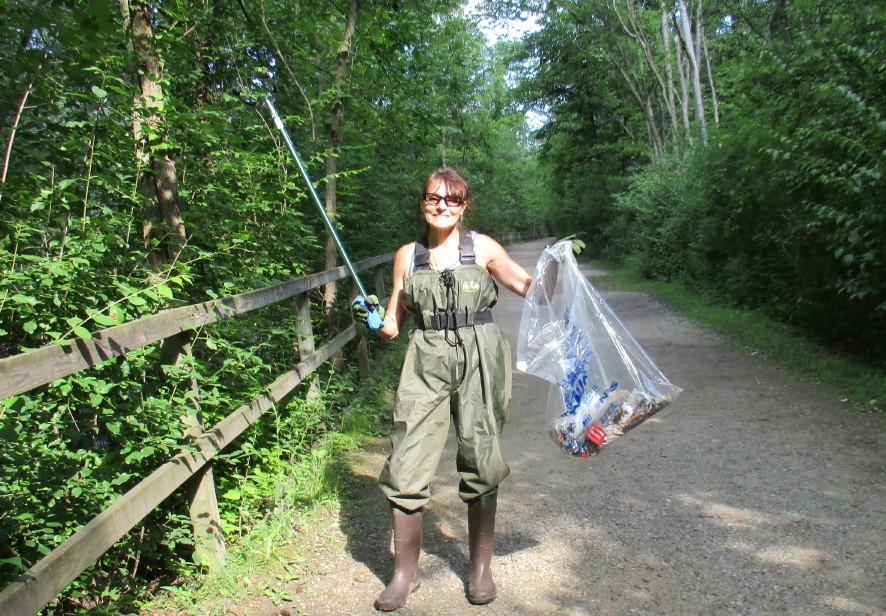 SEE WHAT EVENTS ARE COMING UP IN AUGUST:

We will be joining the NCCC Crew in the Pigeon River Country State Forest to complete a restoration project at Inspiration Point. We will be cutting down remaining trees in the area (aside from Hawthorne) up to about 6 ft in height.

We will be planting trees and shrubs to provide wildlife browse and cover in the area.

We will be partnering with the DNR, NWTF, and Camp Grayling with their Wildlife Habitat Grant tree planting project.