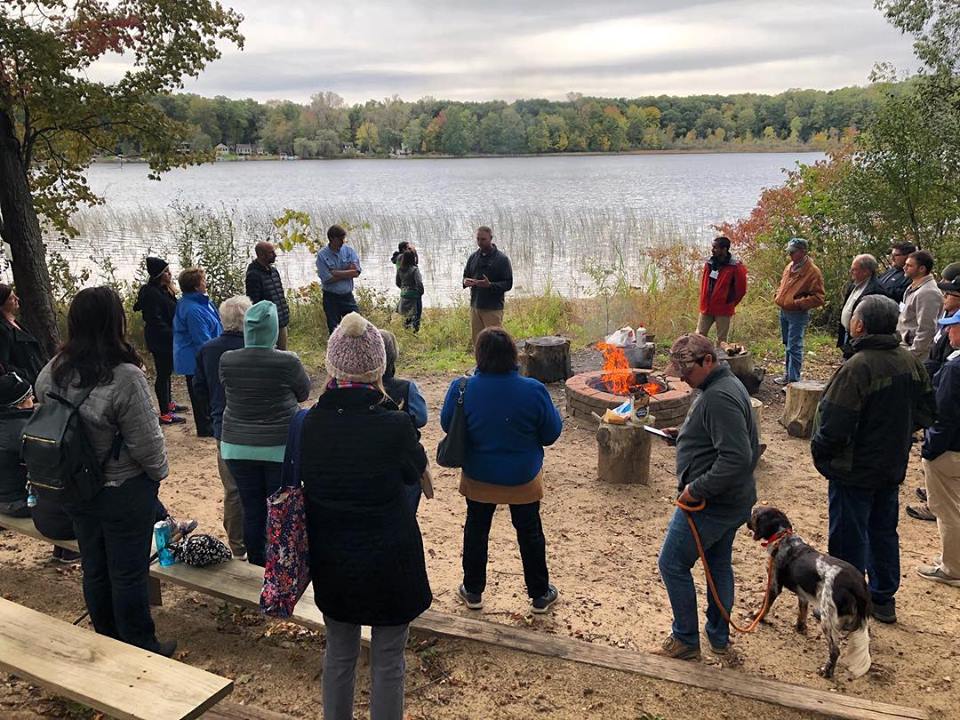 Last week MUCC had the opportunity to highlight its education programs on a national scale.  The venue was the Cedar Lake Outdoor Center (MOOD Camp) and the audience was National Wildlife Federation Board of Directors and Executive staff. The NWF Board was in Ann Arbor for one of its annual meetings.  Board members had flown in from all over the country representing different organizations and viewpoints.  The actual board meeting was set for Saturday the 20, giving MUCC, which is an NWF affiliate the chance to highlight what makes us special as an organization.

With the board convening in Ann Arbor, we hosted an afternoon outdoors at the Michigan Out-of-doors Youth Camp. About 40 board members arrived on a cool and windy afternoon to partake in some of the activities we teach at the camp.  After a brief introduction, we split the group up into three groups to allow them to have some fun learning hands-on outdoor skills. Each station had an activity that would last about 30 minutes.

One group headed down to the archery range where Outreach Specialist Hunter Salisbury and her husband were providing archery lessons.  Participants were given instructions and tips on how to improve their shooting. A few people in the group had the opportunity to shoot for the first time. 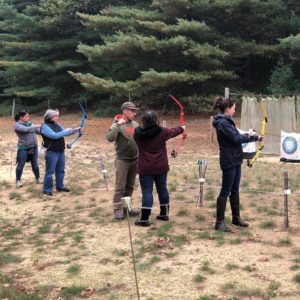 The second group was an indoor station allowing the group to warm up a bit.  At the station, being taught in the lodge Michigan Out-of-doors Editor Nick Green was teaching a fly tying lesson.  Nick was teaching the groups how to tie a wooly bugger.  The wooly bugger is a common fly to learn on and it can be used in many different scenarios to catch a variety of fish. 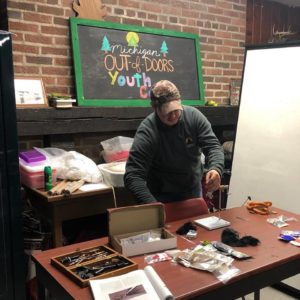 For the heartier souls, I was in charge of the kayaking and fishing station down on Cedar Lake.  Although it was a windy day, a few people decided to brave the water and head out for a paddle around the lake.  One of the group members caught a bass while fishing and several shorebirds and sandhill cranes were spotted. 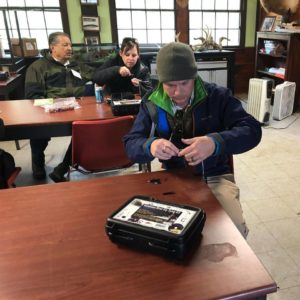 After the activities concluded, the group headed to the bonfire where s’mores were served and MUCC Executive Director Dan Eichinger gave a short talk about the scope of our camp program and TRACKS magazine. The weather held off long enough for the bonfire to wrap up and it began raining just as the group got on the bus to head back to Ann Arbor.