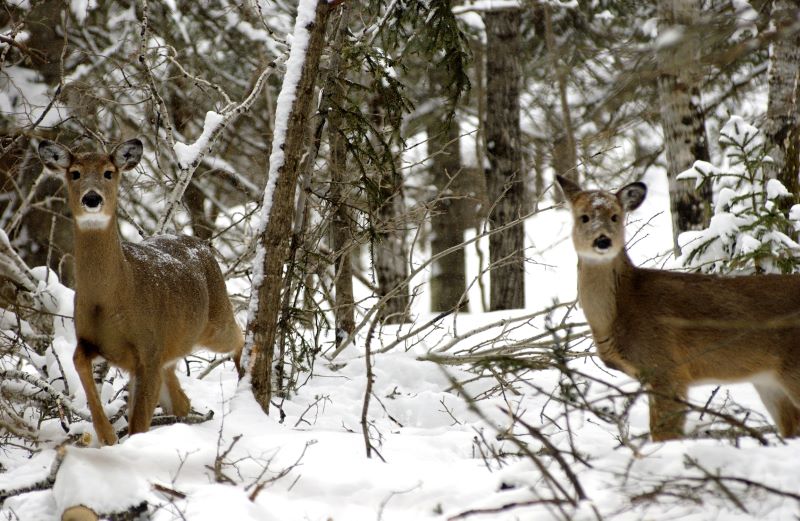 Given the ongoing issues related to COVID-19, the NRC met virtually using an online platform to consider a full agenda.

These deer regulations as proposed by the Department of Natural Resources (DNR) originally included the legalization of crossbows during the late Upper Peninsula (U.P.) archery season, a removal of the U.P. “hunter’s choice” option and revoking the U.P. “doe with a bow” rule. However, four commissioner-proposed amendments stripped these provisions out of the order and also changed rules relating to antler point restrictions (APRs) in a chronic wasting disease (CWD) study area.

On February 17, newly appointed NRC Commissioners Thomas Baird and David Cozad were disapproved by the Michigan Senate, along with 11 other Whitmer appointees. This leaves the NRC with five members seated, until new members may be appointed.

“MUCC is proud to have worked closely with the DNR and the NRC in making this process more open to the public,” Trotter said. “Since the last round of deer regulations passed in 2020, the process has made leaps and bounds in terms of public involvement and transparency. If any good has come of the need to host NRC meetings remotely, it is that more members of the public can offer comments without needing to travel.”

DNR staff gave a number of updates to the NRC, including a presentation on the possession and consumption of alcoholic beverages on certain state lands, hunting and trapping on state park properties, and proposed migratory bird hunting regulations. Staff from the DNR Wildlife Division presented their annual report and the winners of the Pure Michigan Hunt.

Members of the NRC gathered information on two wildlife conservation orders – one on migratory game bird hunting seasons and another regarding hunting and trapping in state parks and recreation areas.

Migratory game bird hunting in 2021 will largely look the same as in 2020; however, there are a few minor changes that could be implemented. The proposed rule has incorporated hunter feedback to attempt to more closely align goose hunting seasons with duck hunting seasons and to increase daily goose harvest limits. The 2021 season will also be the first season of a shift in the migratory game bird hunting zones, which should facilitate additional hunter opportunities. DNR staff have also recommended aligning the opening of woodcock season with the opening of grouse season. It should also be noted that all migratory game bird hunting regulation decisions made by the state are done within a framework provided by the U.S. Fish and Wildlife Service.

The order pertaining to hunting and trapping in state parks and recreation areas will neither expand nor decrease the boundary areas, but it will help to align language in the Wildlife Conservation Orders with rules on public-facing GIS maps.

The NRC will likely vote on the orders in March.

Beyond these orders, the NRC also took action on a non-binding resolution relating to the DNR’s wolf management plan. Commissioner Nyberg brought up the resolution, which calls for the DNR to present the NRC with a wolf management plan by Dec. 31, 2021, nearly six months earlier than the timeline previously outlined by DNR Director Dan Eichinger.

Eichinger also considered a land use order to clarify rules surrounding the possession and consumption of alcoholic beverages on certain pieces of public land managed by the DNR. Major changes include removing the prohibition of alcohol at three boating access sites to better align with other rules within the unit, as well as a consolidation of state parks and recreation area alcohol prohibitions to April 1 through Labor Day. This land use order was considered at this meeting, but action on the item must wait until March to meet public notice requirements.

Eichinger also signed small land transactions in Charlevoix and Allegan counties, as well as an order governing the state-licensed commercial fishing industry. Fisheries Order 243.21A renewed a number of regulations which the Director had let lapse in late 2020.

Members of the NRC voted on a package of proposed deer regulations for the fall 2021 hunting season. Major changes included the creation of a universal antlerless license, with some restrictions for U.P. hunters, as well as an extension of the urban archery season in southeast Michigan and changes to the supplemental and recreational feeding rules. The DNR’s recommendation had originally included more robust changes, however, NRC commissioner amendments repealed four of these. All four of these amendments passed unanimously, as did the entire order once these amendments had been made. As reported by the DNR, specific changes for the 2021 deer regulations include:

Director Eichinger signed Fisheries Order 245.21, an order governing commercial bait dealers. This proposed rule is aimed at helping stem the spread of diseases in fish populations throughout the state, especially through the use and transportation of live baits (minnows). DNR staff told members of the NRC in January that the goal of this order is to enhance biosecurity of bait supply, while also adjusting specific provisions of the law based on updated scientific information. This rule will expand baitfish testing requirements and recommendations for baitfish harvesters, wholesale retailers and anglers.

Eichinger also signed a land use order of the director pertaining to the annual forest road inventory.