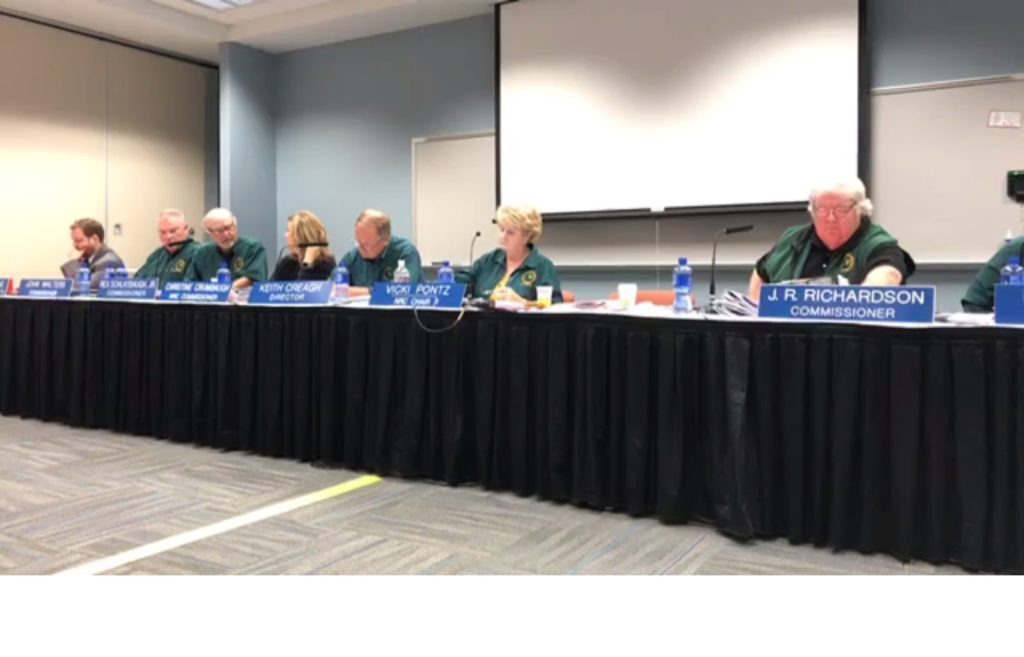 The July 12, 2018 Natural Resources Commission was another display of passionate discussion about necessary hunting regulations, metrics, and management and education activities to contain the spread of Chronic Wasting Disease in Michigan.

The proposed Wildlife Conservation Order Amendment 12 of 2018 (MUCC summary available here) has been up for discussion for the last 2 months and is planned for NRC action at their August 9 meeting. In light of the feedback NRC members have been receiving, they have requested that the DNR prepare further amendments to the order that could be voted on as they approve the final set of regulations.

Chair Vicki Pontz asked, on behalf of the NRC, that the DNR update the current proposed order for action on August 9 to remove the proposed October antlerless firearm hunt in the CWD Management Zone and add Jackson, Calhoun, and Hillsdale Counties to the 13-County CWD Management Zone (Making it a 16-county zone).

The rest of the NRC members offered possible further amendments for consideration. It is important to note that some of these are in conflict with one another, so it will be up to each individual commissioner to decide how they want to vote on these various options before them.  Public feedback on the options before them is critical in the next three weeks, find the NRC contact information here.

Proposed Amendments to the Chronic Wasting Disease Regulations (by NRC Commissioner who proposed it):